Two films concerned with memory and prediction, two masterpieces of meditative juggling. Each of these films need to be finalized in the viewers head and as such demand our attention as we slowly build meanings from the silver emulsion. Part of Screen Festival Oslo. 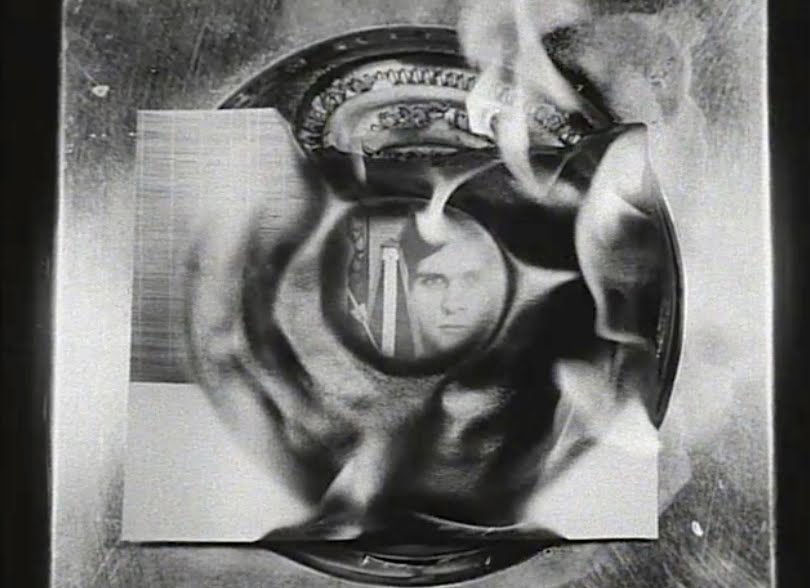 A film that at first seems to have itself as its subject: film as matter, form, light, movement and time. The viewer’s brain and eyes race ahead while watching this film, busily constructing and reorganizing the fizzing film surface into imagined conclusions before the actual subject asserts itself. A series of animal and mineral portraits insistently assemble, developing in a slow slow reveal.

Dedicated to Vladimir Shevchenko, who recorded the nuclear disaster at Chernobyl (and eventually died as a result) the relationship between radiation, photography and light casts its long shadow across this musing film sculpture. The film proceeds like an afterthought that reminds us that it is primarily a medium that carries within it the light traces of other bodies, always in balance between appearing and disappearing.

HOLLIS FRAMPTON, is recognised as one of the leading figures of the New American Cinema. In this film, Frampton burns photographs he has taken and selected from his past. A calm voice tells a story about an image, but the story is about the following image, not the one shown. Narration begins and ends during the photograph’s combustion; smoke and ashes get in our eyes while we are trying to make sense of the image and the narration – trying to remember the story that fits the image and the image that fits the story. The spectator is caught up in the process of memory and prediction that are the subject of the film.